A Question about Experiences of (Speech) Actions

What do we experience when we
encounter others’ speech actions?

What do we experience when we
encounter others’ speech actions?

In something like the way experience may tie thoughts about seen objects to the representations involved in visual processes, so also it is experience that connects what is represented motorically to the objects of thought.
[significance] This may matter for understanding thought about action. On the face of it, the inferential isolation of thought from motor representation makes it reasonable to assume that an account of how humans think about actions would not depend on facts about motor representation at all. But the discovery that motor representations sometimes shape experiences revelatory of action justifies reconsidering this assumption. It is plausible that people sometimes have reasons for thoughts about actions, their own or others', that they would not have if it were not for their abilities to represent these actions motorically. To go beyond what we have considered here, it may even turn out that an ability to think about certain types of actions depends on an ability to represent them motorically.
[consequence] One consequence of our proposal concerns how experiences of one's own actions relate to experiences of others' actions. For almost any action, performing it would typically involve receiving perceptual information quite different to that involved in observing it. This may suggest that experiences involved in performing a particular action need have nothing in common with experiences involved in observing that action. However, two facts about motor representation, its double life and the way it shapes experience, jointly indicate otherwise. For actions directed to those goals that can be revealed by experiences shaped by motor representations, there are plausibly aspects of phenomenal character common to experiences revelatory of one's own and of others' actions. In some respects, what you experience when others act is what you experience when you yourself act.
The claim that there is expeirence of action is based on an earlier argument. I now want to review and then object to that argument. (The conclusion may be correct, but the argument does not establish it.)

What do we experience when we encounter others’ (speech) actions? 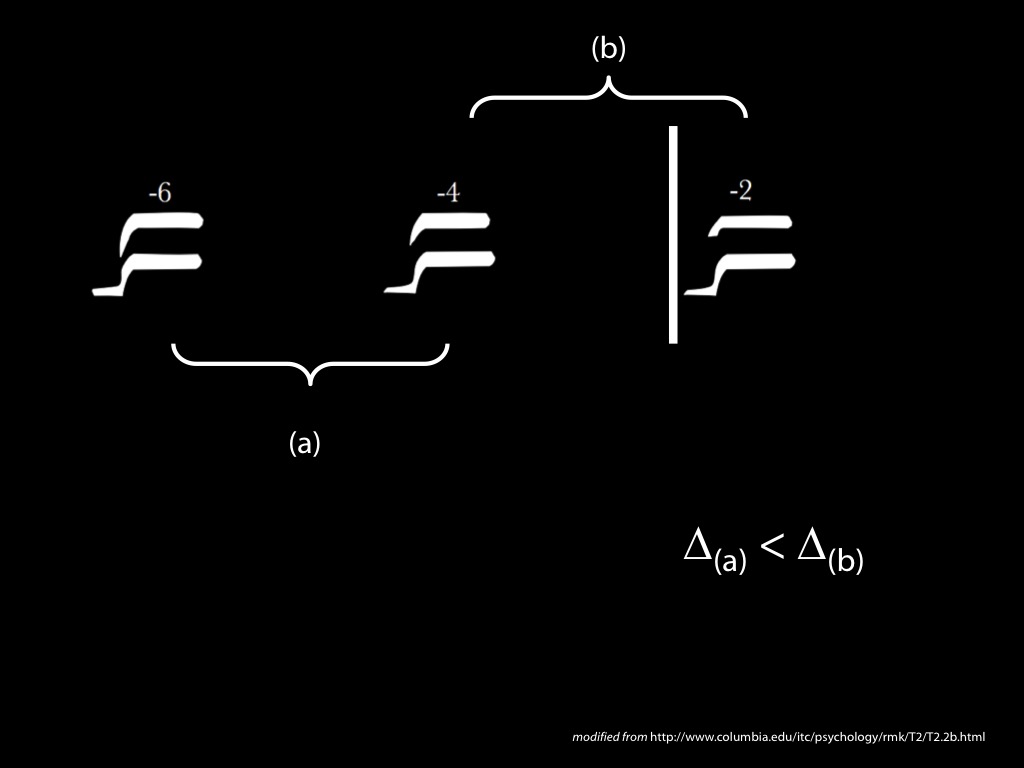 (2) This difference in differences in phenomenal character is a fact in need of explanation.

(3) The difference cannot be fully explained by appeal only to perceptual experiences as of acoustic features of the stimuli.

(4) The difference can be explained in terms of perceptual experiences as of phonetic properties.

(5) There is no better explanation of the difference. 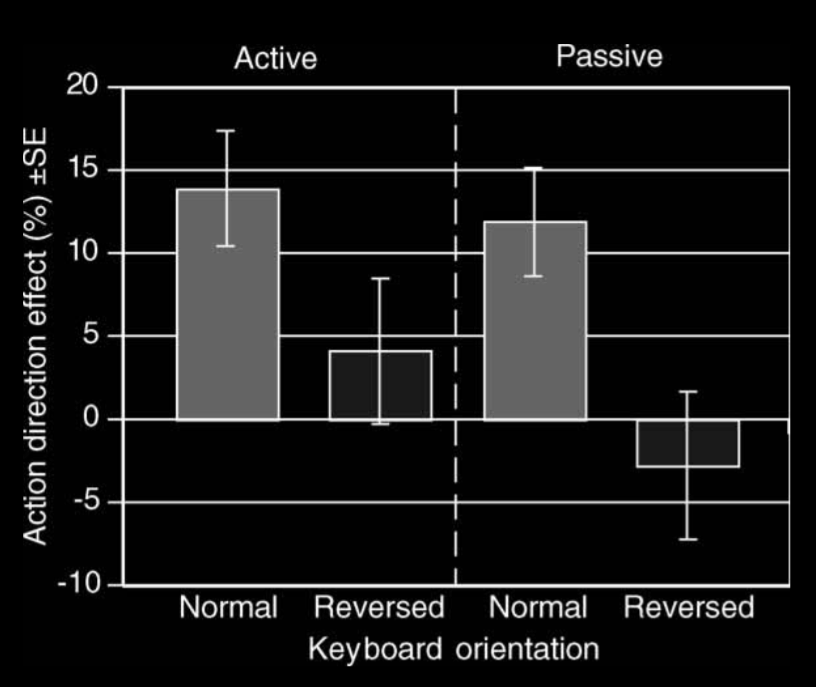 Repp and Knoblich (\citeyear{repp:2007_action}) asked expert and non-expert pianists to press two keys in sequence, where the first key was sometimes to the left, and sometimes to the right, of the second key. The key presses produced an \emph{ambiguous tone pair}, that is, a pair with the property that the first tone is sometimes perceived as lower in pitch than the second whereas at other times it is perceived as higher in pitch \citep{deutsch:1987_tritone}. The tones always occurred in the same order regardless of which key was pressed first. By asking subjects to report how they perceived the relative pitches of the tones, Repp and Knoblich found that, for the expert pianists, the direction of the key presses influenced the perceived direction of the change in pitch. Could what influences experience in this case be not a motor representation but merely the occurrence of a movement, or perhaps even the perception of a movement of the subject's own fingers? Against these possibilities, note that the effect was not observed in non-expert pianists: for them the direction of movement did not measurably influence the perceived pitches. Since the direction of movement was the same for both groups, if the influence were due to movement only we would expect it to occur irrespective of piano-playing expertise. Instead it seems likely that differences in expertise between the two groups of subjects affected how the movements they performed were represented motorically, and that these differences in motor representation are in turn what explains their perceptions of relative pitches.
It is not only in performing action that motor representation can influence experience: the same can occur in observing action. Thus in another experiment, Repp and Knoblich (\citeyear{repp:2009_performed}) compared observing someone else perform a sequence of key presses with performing the same sequence oneself. They found the same effect on experiences of an ambiguous tone pair in expert pianists regardless of whether they were observing or performing the action. Sometimes, which judgement about pitch an experience provides a reason for depends on what is represented motorically; and this dependence is systematic, of course, for it reflects how pianos work. These studies, and others like them,% \footnote{ See also \citet{zwickel:2010_interference} who investigate effects of action on visual experience of motion, and \citet{schutz-bosbach:2007_perceptual} for a review. } provide relatively direct evidence that motor representation can shape experience.

(2) This difference in differences in phenomenal character is a fact in need of explanation.

(3) The difference cannot be fully explained by appeal only to perceptual experiences as of acoustic features of the stimuli.

(4) The difference can be explained in terms of perceptual experiences as of phonetic properties.

(5) There is no better explanation of the difference.

What do we experience when we encounter others’ (speech) actions?