A challenge to the conjecture ...
A question was:

Now I think we have achieved an answer: 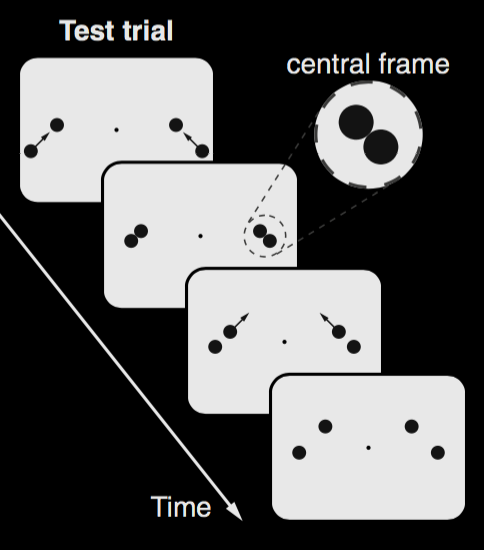 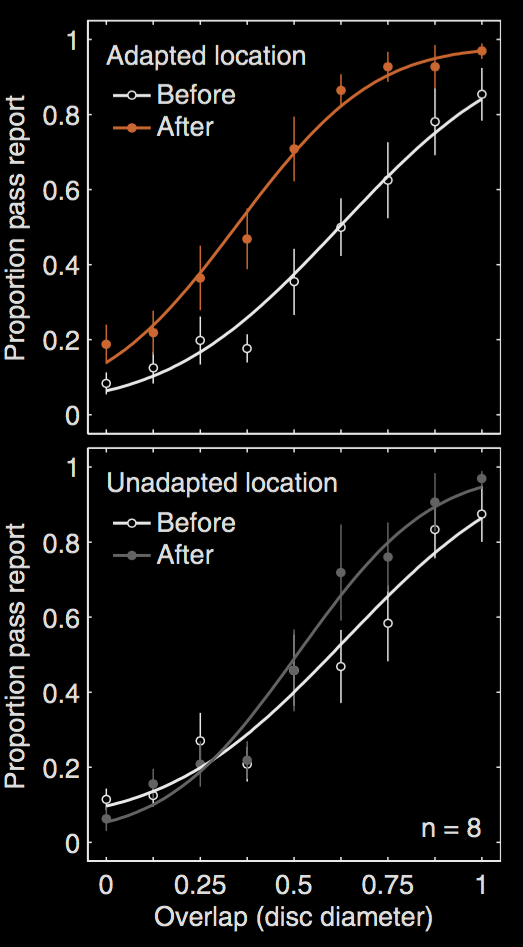 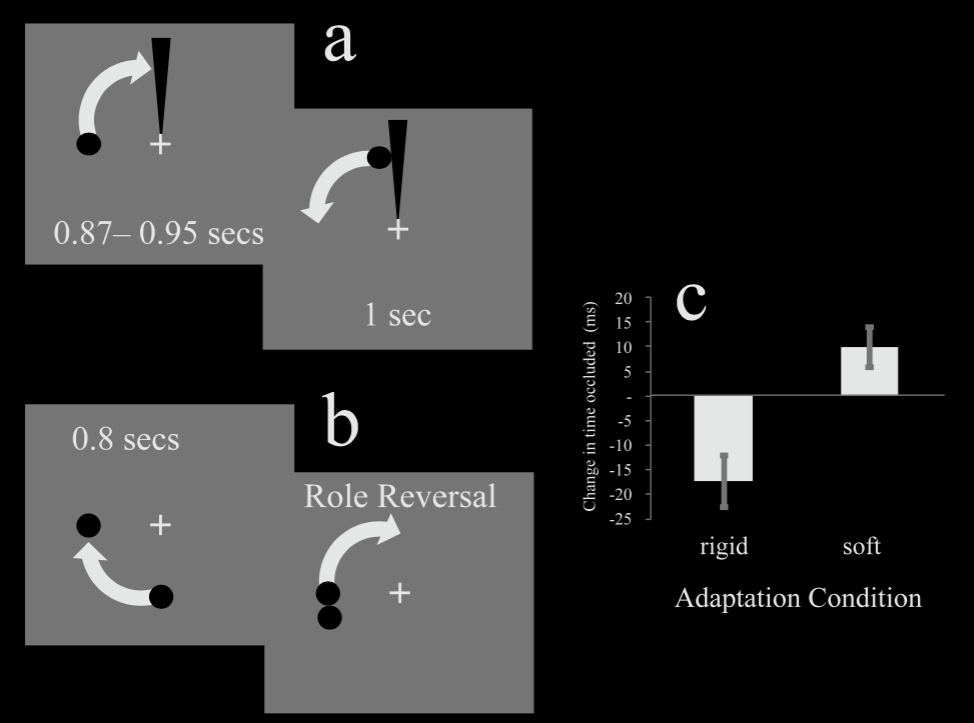 This seems hard to reconcile with object indexes. But (A) note the questions in the commentary; and (B) Hubbard on Kiritani (1999) for launching when the contact is occluded; and context effects (Scholl on postdiction) and (D) evidence for effects of acoustic stimuli on launching, suggesting that the effect may not be modality-specific (The evidence on this point is controversial. Sekuler and colleagues show that when subjects observe an ambiguous visual display consistent with either a collision or a passing event, the timing of a tone can control whether subjects report seeing a collision or pass- ing, and argue that this is a multisensory phenomenon: R. Sekuler et al., ‘Sound Alters Visual Motion Perception’, Nature,  (), p. . Watanabe and Shimojo extend this finding by showing that not any event (or non-event) which draws attention at the moment of a collision will disambiguate the display; they argue that the tone’s effect on the perception of a col- lision is a ‘genuine audiovisual effect, not an audiovisual effect that results from auditory effects’: K. Watanabe and S. Shimojo, ‘When Sound Affects Vision: Effects of Auditory Grouping on Visual Motion Perception’, Psychological Science,  (), pp. –. Guski and Troje, on the other hand, show that features which carry no information about causation, such as a blink, can also influence whether subjects report seeing a collision or a passing. These authors conclude that auditory influences on the perceptual of collisions are ‘no true cross-modal phenomenon’: R. Guski and N.F. Troje, ‘Audiovisual Phenomenal Causality’, Perception and Psychophysics,  (), pp. –, at p. .)