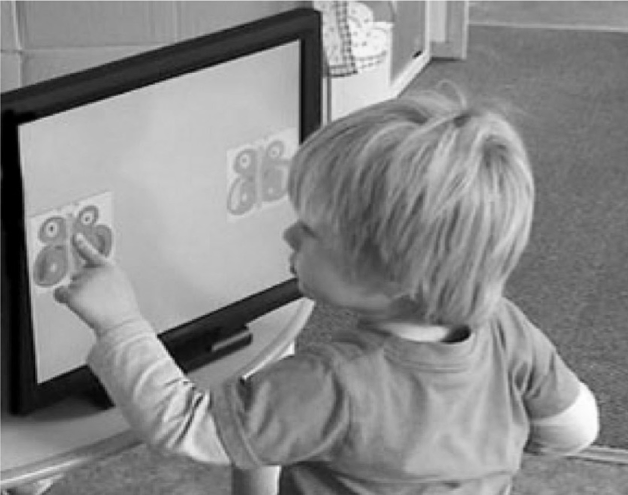 This is from a different study than the one I will emphasise: in this study they only demonstrate instrumental behaviour in young children. 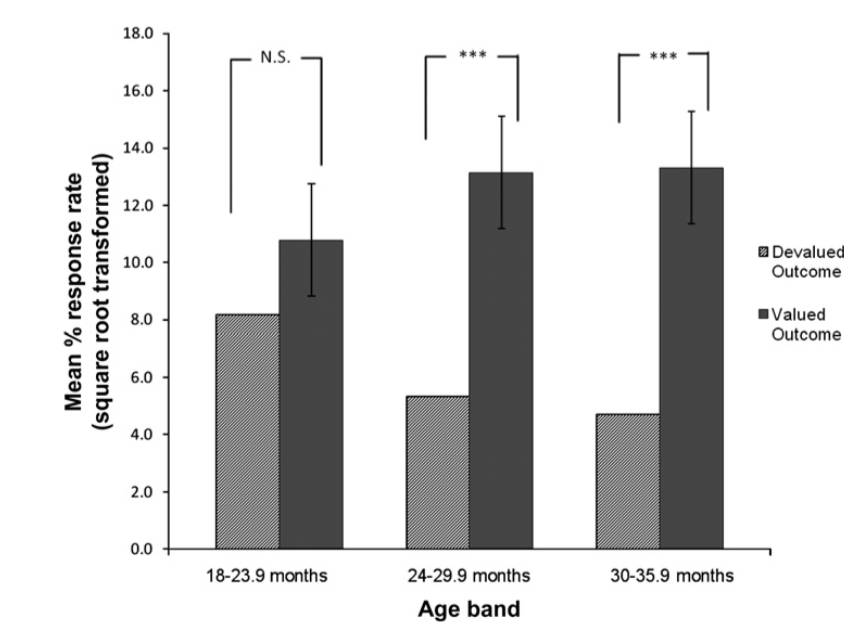 Single-Action Group : only one action is available at once

(Frequency of Action1 and Action2 is matched across groups!)

Test: both actions available. What do Ss select?

As predicted if Instrumental
As predicted if Habitual
‘We argued that the variation in the development of behavioral autonomy arose from the different contingency experienced of the two groups. Once responding at a high and constant rate in the single-action condition after extended training, agents no longer experience the full causal contingency, speci cally episodes in which they do not respond and do not receive the outcome. As a result, the action-outcome causal representation necessary for goal-directed action is not maintained.’ \citep[p.~181]{dickinson:2016_instrumental} 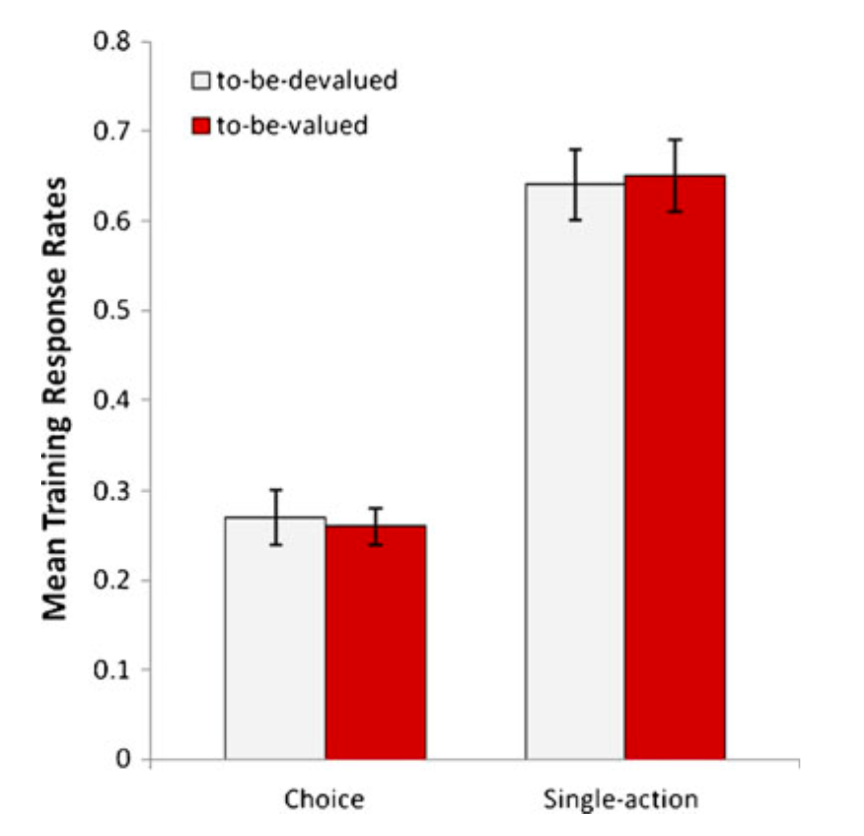 ‘Mean response rates per second during training for the choice and single-action groups. Error bars represent the standard errors of the means’ 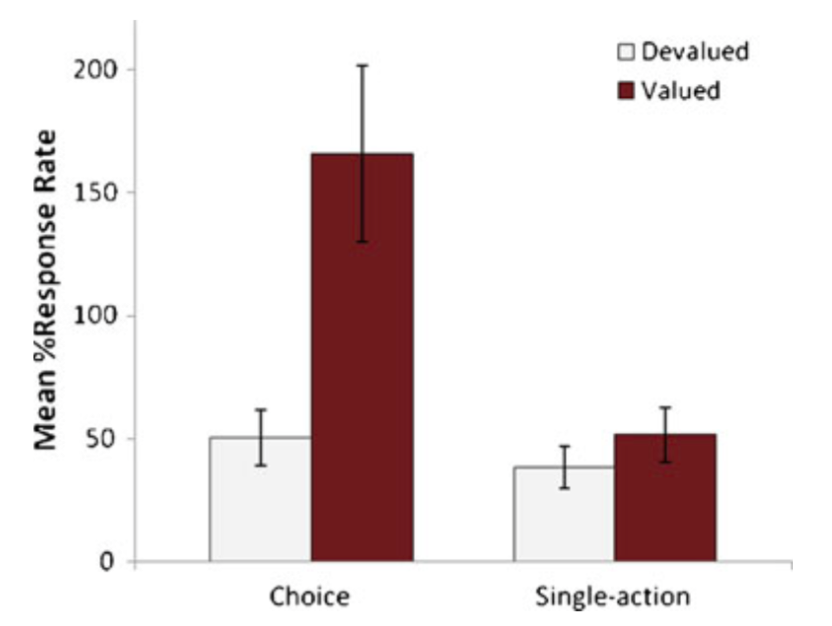 ‘Mean percentage response rates for the choice and single- action groups during the postdevaluation extinction test. Error bars represent the standard errors of the means’

Whether you learn about the effects of an action

whether that action becomes dominated by instrumental or habitual processes. 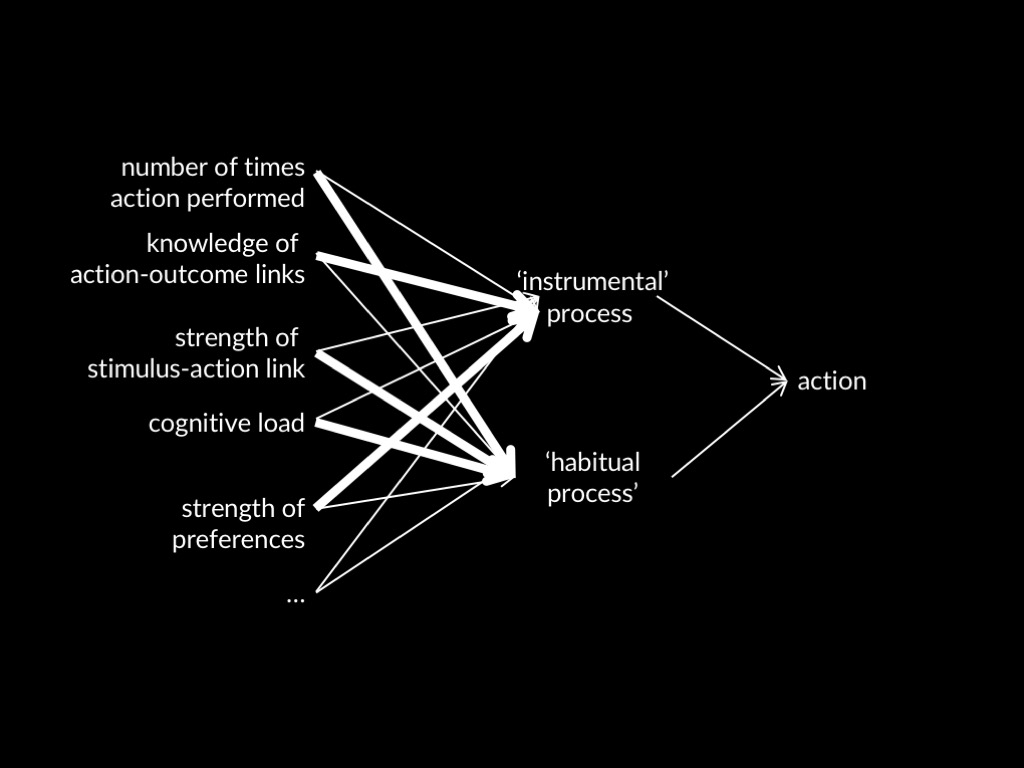 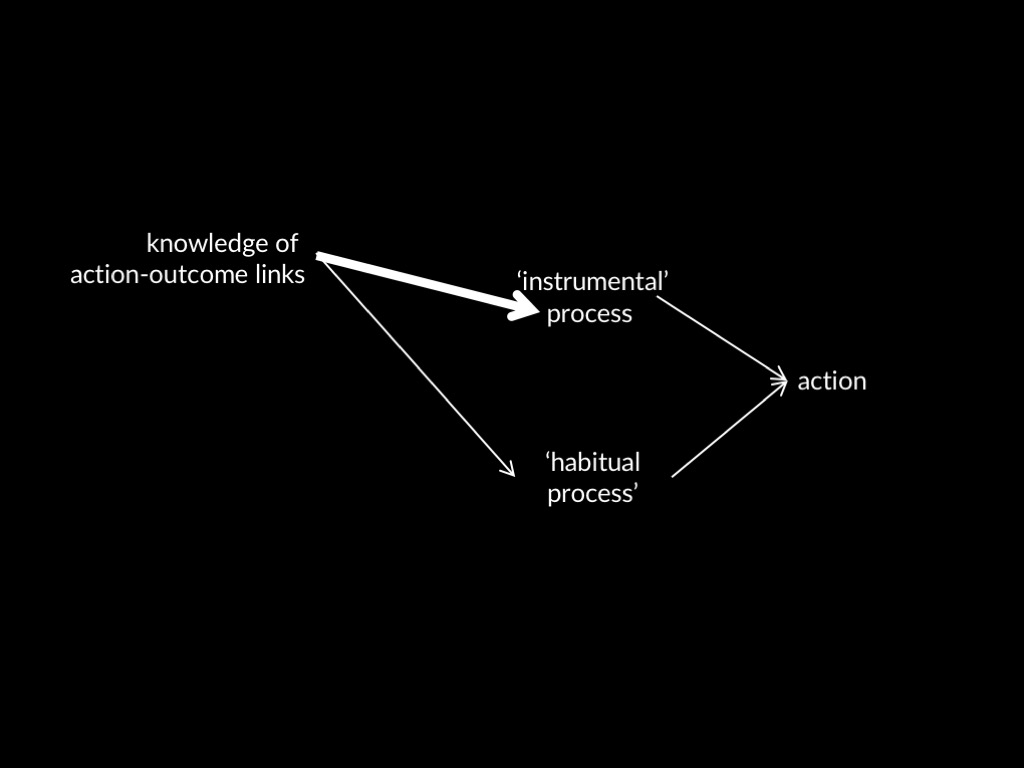